The End Times *WITH PROOF*

SIX days later on the 4th April 2014 the movie "Noah" was released in the UK.

The prophecy in the Bible says:

Luke 17: 26-30
26 And as it was in the days of Noe, so shall it be also in the days of the Son of man.
27 They did eat, they drank, they married wives, they were given in marriage, until the day that Noah entered into the ark, and the flood came, and destroyed them all.
28 Likewise also as it was in the days of Lot; they did eat, they drank, they bought, they sold, they planted, they builded;
29 But the same day that Lot went out of Sodom it rained fire and brimstone from heaven, and destroyed them all.
30 Even thus shall it be in the day when the Son of man is revealed.

In the days of Noah people were living as normal but had no more regard for God.

In Lots day there was lawlessness and same sex relationships.

In both the days of Noah and Lot the majority of people believed nothing would happen and did not see any reason to live how God intended.

When the flood started the people panicked and tried to save their lives but only Noah and his family and his sons wives were saved.

Just before the fire fell to burn up Sodom and Gomorrah the people screamed and panicked but Lot, his wife and daughters narrowly escaped.

In days to come everyone will have to choose whether to take the mark of the beast, his name or his number.

Revelation 13: 16-17
16 And he causeth all, both small and great, rich and poor, free and bond, to receive a mark in their right hand, or in their foreheads:
17 And that no man might buy or sell, save he that had the mark, or the name of the beast, or the number of his name.

What is to come in our time is so sickening. It will be like living in the most terrifying horror movie.

The signs are here. Is your church telling you the truth? Then I suggest you get out immediately. Don’t get punished by God because of what your church didn't tell you. You have a Bible to get knowledge for yourself.

If you need help get the book “I left Church To Find God.” You have the right to escape what is to come.


I Left Church To Find God is available at http://peterhutchinson.co.uk 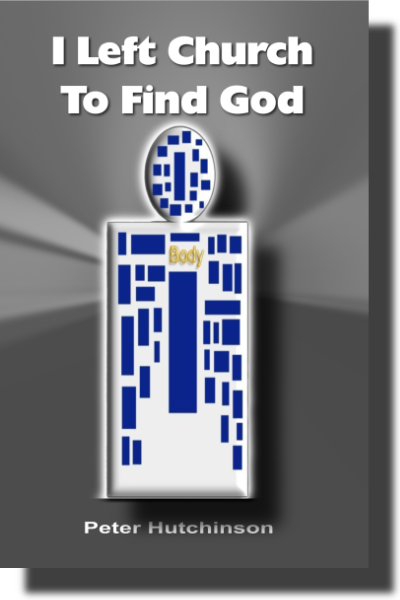 Posted by Peter Hutchinson at 00:03